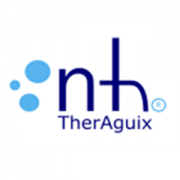 Your mission will directly concern the production of the AGuIX drug. You will be working with the manufacturing responsible, the pharmacist and the chemistry expert of the company in order to set-up a robust supply chain and a quality insurance policy. Especially, you will :

Profile : You have an experience in a similar position with a strong background in chemistry and/or pharmacy.  You are comfortable in English and have mastered the Office Pack and the usual office automation tools. You have a sense of organization and rigor appropriate for developing a quality insurance policy. You like to work in a team and you have a sense of initiative as appropriate for a growing start-up with no routine. Contact : Géraldine Le Duc, CEO – leduc@nhtheraguix.com

NH TherAguix is a clinical-phase French start-up based in Grenoble, which was created in 2015 by two scientists : Géraldine Le Duc and Olivier Tillement. The company develops a bimodal nanodrug (AGuIX®) with a radiosensitizing effect and visible in MRI. AGuIX® is an innovative nanoparticle that has demonstrated a good post-injection tolerance and early evidence of radiosensitization when combined with radiotherapy in patients with brain metastases (NANORAD1 Phase 1b trial, CHU Grenoble). At present, 2 Phase 2 trials about brain metastases are including. NANORAD2 as a multicentric French trial is piloted by CHUGA. 10 patients were already treated (over 100) while combining whole brain radiotherapy and AGuIX intravenous injection. NANOSTEREO as a multicentric French trial is piloted by Centre Léon Bérard and inclusions are starting  (55 patients to be treated). In this particular trial, stereotactic radiosurgery is combined with AGuIX intravenous injection. In parallel, a Phase 1b trial for advanced cervical cancer (NANOCOL1) is underway at Institut Gustave Roussy in Paris.  AGuIX® technology is supported by 11 patents and 60+ scientific publications. The manufacturing of AGuIX Batch is ensured by partners such  as Sanofi and Carbogen.  The company raised €13M on March 18th, 2019 through Venture Capital funds (BPI Innobio2, Arbevel, Omnes, Supernova) and is now raising in parallel non dilutive funds (target : €4M) before to prepare a Series B. The team is presently about 10 persons staffed.