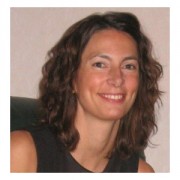 Sandra Cortès has extensive experience in protein expression and functionalization, as well as in the design of bio-chips. She holds a PhD in Structural and Functional Biology from Joseph Fourier University. After her studies she was a research associate at the Alternative Energies and Atomic Energy Commission (CEA) in Pr. James Tabony’s lab where she worked on the physical-chemical processes by which living cells can be affected by weightlessness. Then, at the Albert Bonniot Institute (IAB), in the “Analytical Immunology of Chronic Diseases” group, directed by Dr. Patrice Marche, she developed a new biochip-based approach for the specific detection of cells by using Surface Plasmon Resonance imaging (SPRi).

Her last position before joining SYNTHELIS in 2012, was in the Techniques in Medical Engineering and Complexity (TIMC) laboratory, with Pr. Jean-Luc Lenormand where she used the cell free expression system to produce membrane proteins.