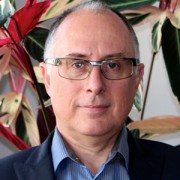 SYNTHELIS, a French biotech company, specialized in production, purification and characterization of proteins based on its proprietary cell-free technology, announced today the arrival of Paul Bonnabel in its management team.

Paul has already been acquainted with SYNTHELIS, as he has been a shareholder since 2013 and a member of the supervisory committee, giving him a head start in his new position as General Manager. With more than 20 years spent at Boehringer Ingelheim, Paul has acquired a global knowledge of the Pharmaceutical market. He has held strategic positions such as Managing Director in France, Russia and China, and has greatly contributed to developing the company’s sales and marketing activities.

“SYNTHELIS has reached its 5th anniversary this year which is a real turning point for the company. We have set ourselves challenging goals for the upcoming years and in that scope we are strengthening our management team. As our new General Manager, I strongly believe that Paul will help us in providing and implementing key strategic solutions for SYNTHELIS thanks to his valuable expertise in Pharmaceutical and Healthcare businesses”, said Bruno Tiller, SYNTHELIS President.