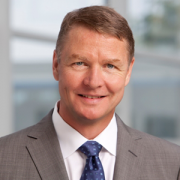 GRENOBLE, France, April 27, 2020 (GLOBE NEWSWIRE) — UroMems, developer and manufacturer of its first product, the electronic artificial urinary sphincter (eAUS), for the treatment of stress urinary incontinence, today announced the appointment of Steffen Hovard to its Board of Directors. Mr. Hovard, who will serve as the Company’s first independent Director, brings more than 20 years of leadership in the medical device and urology industry.

Over the last 20 years, Mr. Hovard has held multiple leadership roles at subsidiaries of Coloplast, a publicly-traded global medical device company. Most recently, he served as the President of Interventional Urology from 2011 to 2019. At Interventional Urology, Mr. Hovard operated in a CEO capacity leading approximately 900 employees across corporate development with complete oversight of R&D, operations/manufacturing, marketing, sales, human resources, finance and legal. The business generated sales of approximately $300 million, and sustained growth greater than the industry average. Additionally, he led the global functions of the group including manufacturing in France and the United States, and sales organizations in 19 countries. Before that, Mr. Hovard served as the Vice President and Directeur General of Coloplast’s Urology business in France.

“Mr. Hovard has spent more than two decades as a leader in the medical device industry and has consistently shown his unique expertise through significant accomplishments in a variety of leadership roles,” said Hamid Lamraoui, CEO and co-founder of UroMems. “We strongly believe that he will apply his wealth of knowledge to advancing our Company’s strategic objectives and will be an invaluable asset as we pursue our goal of bringing the eAUS product to patients and physicians.

” Mr. Hovard said, “I am honored and proud to join the UroMems Board of Directors at such a pivotal time for the Company. I am highly convinced that the eAUS technology has the potential to become the gold standard treatment for stress urinary incontinence. I have been continuously impressed with the management team and their track record and look forward to serving the company as a Director.”

Commission postpones application of the Medical Devices Regulation to prioritise...