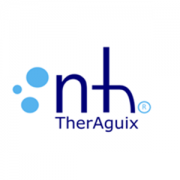 NH TherAguix (“NHT”) today announces that the U.S. Food and Drug Administration (“FDA”) has accepted the company’s Investigational New Drug Application (“IND”) for its drug candidate AGuIX to be combined with radiotherapy to increase radiotherapy efficacy for solid cancers. The Dana Farber and Brigham & Women’s Hospital (DFBWH, Harvard Medical School, Boston) will be the sponsor of the first trial to be launched by the company in the US and which is planned to begin in the first quarter of the year 2021. This study NANOSMART PhIb-II is being designed as a randomized study with two treatment arms for patients diagnosed with either locally-advanced pancreatic cancer or centrally-located non-small cell lung cancer. The radiotherapy will be performed using an MRI-Linac machine, allowing image-guided radiotherapy after intravenous AGuIX injection.

“Taking the IND step and therefore being able to carry out clinical trials with a renowned center as the DFBWH is a very significant step for NHT” said Géraldine Le Duc, CEO.

About AGuIX: AGuIX is a bimodal nanomedicine, with a radiosensitizing effect and visible in MRI. AGuIX demonstrated a good post-injection safety, MRI contrast enhancement and early evidence of radiosensitization when combined with radiation therapy in patients with brain metastases (NANORAD1 Phase-Ib trial, Grenoble CHU, France). AGuIX is currently being tested through 2 phase-II trials in brain metastasis, using either whole brain radiation therapy or stereotactic radio surgery. In parallel, a phase-Ib trial for advanced cancer of the cervix (NANOCOL1) is underway at the Gustave Roussy Institute in Paris.

About NH TherAguix:  NH TherAguix, headquartered in Meylan (France), is working on an innovation in nanomedicine,the drug candidate AGuIX, whose potential clinical efficacy is based on nanometric structuring that allows its intravenous injection and the combination of three essential properties to fight tumors : targeting, imaging and treating. The AGuIX technology is therefore part of the concept of theranostics, which corresponds to a combination of therapy (radiosensitizing effect) and diagnosis (visible in MRI), and more widely in the personalized medicine of the future. The company’s clinical trial pipeline is presently focused on neuro-oncology with 2 phase-II trials in brain metastases and currently recruiting (NANORAD2, whole brain radiation therapy and NANOSTEREO, stereotactic radiosurgery) and a phase-Ib/II trial on gliobalstoma to be launched at the beginning of 2021 (NANOGBM). Moreover, trials within primary indications are ongoing (NANOCOL, advanced cervix cancer) and foreseen, such as the NANOSMART trial cited above.