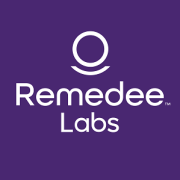 Paris – May 12, 2022 – On World Fibromyalgia Awareness Day (May 12), the French startup Remedee Labs is announcing that the FDA has granted Breakthrough Device Designation to its endorphin stimulator for fibromyalgia patients. The FDA’s Breakthrough Device program exists to accelerate market access for devices that improve care for people with severely debilitating conditions. This designation recognizes both the highly innovative nature of Remedee’s device and its potential benefits for fibromyalgia patients adjunctively with standard of care. Obtaining Breakthrough Device status is a strong first step toward US market authorization.

“Achieving Breakthrough Device status for our endorphin stimulator is a major step, one that recognizes its potential for treating fibromyalgia patients’ pain. We look forward to working closely with the FDA to bring our solution to patients in the United States as fast as possible.”

The endorphin stimulation technology developed by Remedee Labs is a new non-pharmaceutical approach to pain treatment for fibromyalgia patients, offering relief from major symptoms including pain, sleep disorders, fatigue, and stiffness. The initial results observed in “Remedee Well” solution users who reported having fibromyalgia showed a clinically significant improvement in their quality of life (FIQ) and an improvement in their sleep quality (PSQI).

More than 10 million people in the United States are living with fibromyalgia, a severely debilitating condition that has no satisfactory solution and is extremely expensive for both patients and society. Its direct and indirect costs are estimated at $180 billion per year in the United States, a loss of close to 1% of national productivity. [1]

Study of 170 fibromyalgia patients in France

In November 2021, Remedee Labs started a multicenter study of 170 patients in France to assess its solution’s benefits as a treatment for fibromyalgia. Remedee Labs is announcing the end of recruitment for its fibromyalgia study today. The results will be available in early 2023. 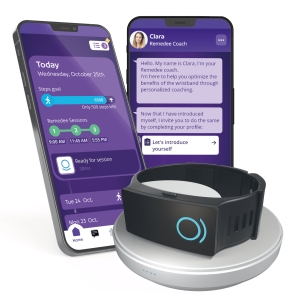 1.5 billion people worldwide suffer from chronic pain and over half of them are not satisfied with their care. Remedee Labs aims to give these patients a new life.

Remedee Labs has created the first personal endorphin stimulator, based on 10 years of preclinical and clinical research. It has also drawn on its clinical partners’ experience to develop the first dedicated digital services platform for chronic pain care. Built around Remedee Labs’ unique technology, the platform enables patient-centric care for a long-term improvement in quality of life. Clinical trials for conditions including arthritis, migraines, and fibromyalgia are already under way.

Remedee Labs was founded in 2016 and announced in 2019 that it had raised 12 million dollars from investors including HCVC, Habert Dassault Finance, Partech, Supernova Invest, and C4 Venture.

For more information, go to https://remedeelabs.com/

CEA: a key player in the field of Organ-on-Chip