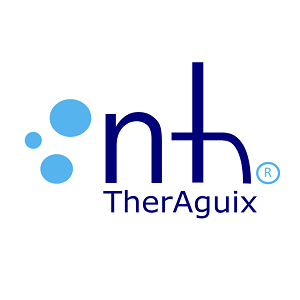 NH TherAguix is ​​behind an innovation in nanomedicine, the drug candidate AGuIX, whose potential effectiveness is based on nanometric structuring that allows its intravenous injection and the combination of three essential assets to fight tumors: target, to image and treat. The AGuIX technology is therefore part of the concept of theranostics, which corresponds to a combination of therapy (radiosensitizing effect) and diagnosis (visible in MRI).

Following a fundraising of € 13M in March 2019, NHTherAguix is ​​in the growth phase with the recruitment of new skills within the team (move from 10 to 13 employees) to better monitor the production and development of its drug candidate AGuiX: NHTherAguix announces the entry into Phase 2 of its drug candidate AGuIX through the NANORAD2 trial and the NANOSTEREO2 trial both about brain metastases. In both cases, AGuIX injections are combined with the standard radiotherapy treatment to improve its effectiveness.

NANORAD2 is a multicenter trial piloted by Grenoble Alpes  University Hospital (Dr. Camille Verry) and it will involve 100 patients. It follows the NANORAD1 Phase 1b trial, which began in July 2016 (First In Man) and whose inclusion was successfully completed in February 2018 (15 patients). To date, 4 patients have been included in Nanorad2. In parallel, NANOSTEREO is a multicentric trial run by Centre Léon Bérard (Dr.Tanguy Ronan). It relates more particularly to oligometastasis treated with stereotaxic radiotherapy. This trial will involve 55 patients. 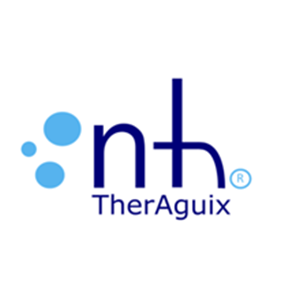